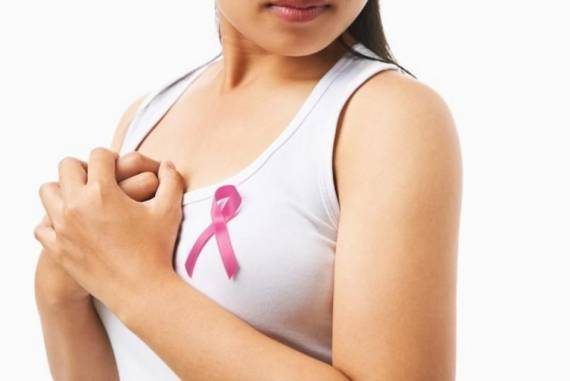 Women celebrating women at “Women for Women against violence”

An event that speaks of violence and its scars, in the body and soul of a woman. Violence is the psycho-physical one of the breast cancer which, in Italy, is diagnosed in about 50,000 women each year, confirming it as the deadliest big killer of the female gender. Violence is a man’s, over a hundred women are killed each year, almost always by those who claim to love them.

Illness and violence, the ills of women.

This is the story of “Women for Women against violence – Camomile Prize” now in its third year and designed to support the fight against domestic violence and women struggling with breast cancer.
Promoted by the Consorzio Umanitas Onlus Association and organized by its president, Donatella Gimigliano, in collaboration with Avs and PiùAthena eventi, the charity event, Sponsored by Rai, the Department for Equal Opportunities of the Presidency of the Council, the Lazio Region and FERPi, was held at The Church Village in Rome and was presented by journalist Emma D’Aquino with the aim, also, of supporting two associations, Salvamamme per la Valigia di Salvataggio and IncontraDonna Onlus. With “The Rescue Suitcase,” in partnership with the Lazio Region, Salvamamme wants to respond to the demands of the many women fleeing victims of violence.

“IncontraDonna,” chaired by Adriana Bonifacino, head of the Diagnosis and Treatment Unit in Senology at Sant’Andrea Hospital in Rome, which was created to respond to the needs of women undergoing treatment, especially so they do not feel abandoned in the “aftermath”.
Two video contributions were presented during the evening, the short film “Beyond the Window,” produced and directed by Francesco Testi and Sponsored by Amnesty International and, the new Salvamamme Rescue Suitcase commercial, starring Barbara De Rossi and Alessio Boni and directed by Marco Santoro.
Vincenzo Manfredi, Public Affair and Advocacy Director at Softlab, also announced a pilot project in Rome of a dedicated suitcase app. On the topic of breast cancer, a national premiere of a promo of the film “Stay On” was presented! Io Resto qua” produced by Santo Spadafora, directed by Gianluca Sia.
Awarded the “PREMIO Camomilla” (which is inspired by the therapeutic virtues of the plant and represents the concept of solidarity), a real sculpture created by the workshop of master goldsmith Michele Affidato to personalities who have distinguished themselves in social work and awareness campaigns on the two issues.
This year’s honorees include model and Miss Italy anti-violence ambassador Gessica Notaro, prof. Michelino De Laurentiis, Director of the’complex operational unit of breast oncology at the National Cancer Institute “Pascale Foundation” in Naples and head of research of the vaccine against breast cancer, the Central Director DAC – anti-crime direction, Prefect Vittorio Rizzi, the Scientific Director of the monthly Ok Salute, prof. Antonino Di Pietro, Paola Ferrari, Francesco Testi, Veronica Maya, Rossella Brescia, Elena Santarelli, Valeria Graci, vocalist Edy Giordano, Salvamamme General Director Katia Pacelli, AVTEA national coordinator Emiliano Paolini, Carmen, Mara and Michele Pisano of the eponymous Medical Center, and Andrea Petrangeli of Banca Generali.

Significant message from Dacia Maraini who wished “all women who encounter the thorns of cancer on their path, to gather the great vital forces that lie at the bottom of every woman’s body and walk boldly toward a future of victories against those who want them to surrender”.
Under the careful direction of Alessandro Carrieri on stage were the entertaining forays of Valeria Graci, the extraordinary dance performances with Alina Camisano and Agostino Solagna, choreographed by Andrè De La Roche and Alessandro Alcanterini of Move, and the performance of vocalists Edy Giordano, Symo and the Peace Choir.
At the end DJ set with Gabry Imbimbo and voice& Electric violin live by Andrea Casta. Guests also included Patrizia Mirigliani, Cesara Buonamici, Stefano Marroni, Roberta Damiata, Lea Gasparoli, Irene Bozzi, Cinzia Leone, Vitaliano De Salazar, Antonella Salvucci, Claudia Conte and Alessandra Canale.