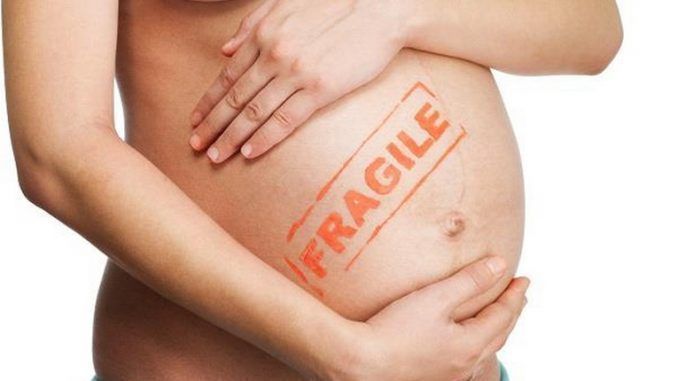 Hypertension in pregnancy 2019, the’importance of screening

When expecting a child, it is very important for the couple to take care to protect the well-being of both the mother-to-be and the unborn child. Therefore, it is useful to undergo all recommended examinations, including prenatal screening tests, such as fetal DNA testing, and prenatal diagnostic tests, such as chorionic villocentesis to avoid, for example, hypertension in pregnancy.

It is therefore a matter of duty to consult a medical specialist in obstetrics and gynecology, who will surely be able to direct the pregnant woman toward the most appropriate examinations and checks to be done during pregnancy

Hypertension in pregnancy, the’importance of screening

Undergoing prenatal screening examinations lets you know the chances of the fetus developing chromosomal abnormalities. But for the baby to be well, it is also important to protect the health of the mother. For example, it is a good idea to regularly check blood pressure levels, which can rise and cause hypertension in pregnancy, potentially harmful even to the unborn child.

Hypertension in pregnancy belongs to the’set of hypertensive disorders, among the leading causes of maternal-fetal mortality, along with hemorrhagic disorders and infectious and thromboembolic disorders 1 . The prevalence of hypertensive disorders in pregnancy changes from nation to nation’s. We have, for example, a rate of’1.5 percent of people suffering from it in Sweden, 7-10 percent in Anglo-Saxon countries, while in Italy it is 3 percent 1 .

The three types of disorders

The first two types represent the most frequent forms of hypertensive disorders in pregnancy. The PIH causes a temporary increase in blood pressure in the pregnant woman and usually manifests itself after the third month of pregnancy with headaches, dizziness, weight gain, water retention, heaviness, swelling and blurred vision 3 . At the fetal level, on the other hand, the placenta does not pass enough blood to the baby and may detach, also causing a slowdown in the growth of the unborn child. Gestational hypertension can worsen into preeclampsia (or gestosis), which can even cause damage to the organs of the unborn child 2,3,4 .

The preeclampsia (or gestosis) is the second most severe form of hypertensive disorder in pregnancy. Exact incidence rate of this disorder is not known, however, it appears to account for 15-20% of maternal mortality cases, as well as a major cause of prenatal and perinatal mortality and morbidity 4 . Manifests itself in the second half of pregnancy with elevated blood pressure and protein in the urine.

Gestosis, in addition to arising as a complication of a preexisting hypertensive disorder (PIH or chronic hypertension), may also be unrelated to hypertensive forms 2 , and may be a long-term risk factor for women to develop cardiovascular problems, even in menopause 4 . Preeclampsia leads to preterm delivery in 50% of cases 2 .

L’chronic hypertension can occur in the first 20 weeks of pregnancy, but can affect even before the onset of the gravid state, and is related to overweight and familiarity with forms of hypertension gravidarum 2 .

Every pregnant woman must take care of her own health and that of her baby, and to do so she must follow the advice of her gynecologist, who will follow her through the nine months of pregnancy to monitor for the onset of any symptoms. In addition, the doctor will know how to suggest the most appropriate checkups to do, such as ultrasound scans and diagnostic or prenatal screening tests.

Diagnostic tests are invasive examinations, among them amniocentesis and villocentesis. I screening tests, on the other hand, are noninvasive and include Bi-test and fetal DNA testing. Fetal DNA testing has a 99.9% reliability rate in the’detection of major chromosomal abnormalities, such as trisomies 21, 18 and 13, and can be done as early as the 10th week of gestation.