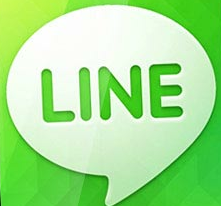 The administration informs that as of Wednesday, June 3, the city bus line connecting Ladispoli to the Bambino Gesù Children’s Hospital in Palidoro is back in operation. The connection had been suspended two years ago by the Lazio Region due to lack of funds.

“After laborious work – says councilman in charge of mobility Pierlucio Latini – we were able to restart this important line on an experimental basis until the inter-municipal tender that we will implement together with the municipality of Cerveteri. The line to Palidoro will be part of the new service that will start by the end of the year. Having reactivated the buses to Bambino Gesù was a great success, considering that the line monthly carried about 5.000 users. Also restored were the lines to the Miami and Cerreto neighborhoods in the afternoon hours, which were also eliminated months ago due to state-imposed cuts in public transportation spending. Finally, from next Sunday the holiday schedule of city buses will be reactivated from Ladispoli.

We would like to thank the Lazio Region, which, despite known economic difficulties, has done its utmost to return efficient and comprehensive urban transportation to the users of Ladispoli. A service that is used each year by more than 300.000 paying passengers in our city. A thank you on behalf of the administration and my own we address to the coordinator of Codacons, Angelo Bernabei, always present in all initiatives in favor of the users of the territory.“