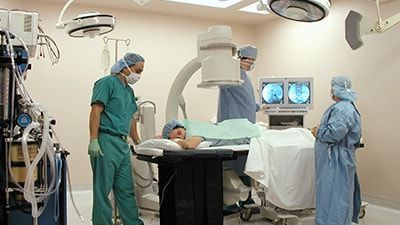 Heart, increasingly complex and sophisticated surgeries thanks to improved techniques and materials

Cardiac surgeries decrease (-10%) in the last 5 years; however, complexity increases due to older patients with more associated diseases – 30-day mortality for cardiac valve replacement surgeries decreases: from 3.5 in 2008 to 2.4% in 2014; stable at 2.4% the figure for aortocoronary bypass.

Premiered at the 28th SICCH-Italian Society of Heart Surgery national congress, Inspiris Resilia, progenitor of a new class of ‘resilient’ biological heart valve prostheses; it joins, and is an important innovation in the field of valve prostheses, those made of animal tissue, commonly used

It seems like a lifetime ago, but less than 50 years have passed. Much ground has been covered since then by a discipline that can be considered a paradigm of scientific and technological innovation in medicine. We have, in fact, gone from the introduction of extracorporeal circulation, and thus ‘open-heart’ surgery, in the late 1950s, to the advent and consolidation today of minimally invasive procedures, rapid implantation sutureless valve prostheses, VADs (ventricular assist devices, consisting of mechanical pumps that help the heart while waiting for a transplant), artificial heart.

“At the same time there is a further epochal change, related to the evolution of medical treatments, improved lifestyle, and the development of interventional cardiology and percutaneous procedures: at the beginning of the 2000s, about 70 thousand coronary angioplasties were performed in Italy; today there are 146 thousand, with a doubling of interventions in 15 years. Among the treatment options for heart disease, interventional techniques have emerged that did not exist before, such as transcatheter aortic valve implantation, TAVI, which originated in 2002 and arrived in Italy in 2007: in 2015, about 3.500 patients,” explains Francesco Musumeci, Director of Cardiac Surgery and Heart Transplantation at AO San Camillo Forlanini in Rome and president-elect SICCH. “As a result, the need for cardiac surgery decreased nationwide: today about 50 are performed.000 per year, a reduction of about 10 percent from what was happening 5-6 years ago,” adds.

Another key aspect is the profound change in the clinical profile of patients undergoing surgery. Thanks to improvements in techniques and technologies, and the gradual increase in life expectancy, those who go for cardiac surgery today are older, have more medical comorbidities, and more complex cardiac problems: there is, therefore, a significant increase in combined, more complex operations, such as valve replacement plus coronary bypass.

Clinical results are positive. According to data collected by the National Outcomes Program of Agenas, the national agency for regional health services, the 30-day mortality rate for valvuloplasty or heart valve replacement surgeries has been steadily decreasing, from 3.5 percent in 2008 to 2.9 percent in 2014; the 30-day mortality rate for aortocoronary bypass surgeries is stable, at around 2.4 percent. “This is undoubtedly made possible by scientific progress, the development of new intervention techniques, the availability of ultramodern technologies and new materials,” Musumeci continues.

One example of this is the Inspiris Resilia aortic valve prosthesis, the progenitor of the new class of ‘resilient’ valves developed by researchers and technicians at Edwards Lifesciences, the company founded by the inventor of Starr’s implanted heart valve prosthesis, which is also credited with the development of animal tissue tissue tissue valves.

This new class of valves has two characteristics. The first is the construction with a new fabric, called RESILIA™- bovine pericardium treated with a patented technology – which gives it resilient characteristics, i.e., the ability to withstand and adapt to any dynamic stress, and allows the valves to be stored in a dry environment rather than submerged in a storage liquid. “The new fabric allows the valve, from a practical standpoint, to better resist the calcification process and have better hemodynamic properties. In addition, not having to wash and prepare the valve before surgery to remove residual storage fluid simplifies and speeds up work in the operating room,” says Musumeci.

Second feature is the VFit technology, which predisposes her valve, should the need arise in the future, to the optimal fit of a second prosthesis implanted with the valve-in-valve procedure. “This technique,” Musumeci explains, “corresponds to the percutaneous insertion of one prosthesis inside the other, if the first one is, over time, itself degenerated or damaged. It is precisely because of its conformation and resilient capacity that it will be possible to implant, in the former, valve prostheses of a size more appropriate to the need,” clarifies Musumeci.

Edwards Lifesciences, based in Irvine, California, is a world leader in the treatment of structural heart valve disease, surgical monitoring and intensive care. Dedicated to developing innovative solutions for patient care, collaborates with the medical and scientific community to save lives and improve quality of life.